I’ve visited London many times, yet I cannot believe it that it took me so long to discover the Tulip Stairs and the Queen’s House in Greenwich.

The Tulip Staircase is probably one of the most beautiful gems in the historic Greenwich area and one of the most impressive hidden gems of London. Yet somehow it’s often overlooked by most visitors…

If you are visiting Greenwich, want to see a truly unique place, and get a bit off the beaten path, then don’t miss the Queen’s House and the Tulip Stairs!

Built in the early 17th century, Queen’s House was the UK’s first truly classical building. It was designed by the architect Inigo Jones as a private garden house for Anne of Denmark, Queen consort of King James I.

Work on the house began in 1616, but just 3 years later Anne died and the building was thatched over at ground level. It remained that way until 1629 when Jones began work again under the direction of Queen Henrietta Maria, wife of Charles I. The building was finally completed in or around 1635 and it became an important residence for the Stuart Dynasty.

The design of Queen’s House was something of an eye-opener in its day, an avant-garde building that was very much ahead of its time.

Inigo Jones had spent several years in Italy in the early 1600s, studying architecture, art, and philosophy. He was strongly influenced by the Renaissance style of building that he saw there. He was the first architect to introduce the classical design to England, with its emphasis on harmony and proportion. The symmetrical appearance of Queen’s House was startlingly different from the red brick palaces more common at the time.

The design of the Tulip Staircase was influenced by the writing and work of the Italian architect Palladio. In particular, Palladio’s staircase in the Carita Monastery, Venice. Jones, the architect of the Queen’s House, noted “… they succeed very well (staircases) that are void in the middle because they can have light from above”.

It was this realization that inspired the Tulip Staircase, which spirals up beautifully through the building beneath a glass lantern.

Tulip Staircase was the first geometric, centrally unsupported staircase built in Britain. Each tread is cantilevered from the wall and supported by the stair below it.

The design was innovative and was further enhanced by the mason, Nicholas Stone. He devised an ‘interlock’ system along the bottom of the riser, which meant that the steps do not solely rely on the overlap for support.

The Tulip Stairs are located inside the 17th century Queen’s House and you’ll have to look well in order to find it. Without a doubt, it’s one of the most impressive features of the building.

The unsupported spiral staircase is an elegant marvel of architecture, featuring brilliantly blue wrought ironwork that stands in stunning contrast to the white walls surrounding it. Even today, almost 400 years after it was built, the Tulip Staircase takes your breath away.

TIP: The most impressive Tulip Staircase photo angle is looking from the bottom of the staircase up towards the ceiling. A wide-angle lens will get you better pictures. I really regretted not having my camera with me. I was traveling light and all the pictures of my recent London trip, including all the images in this article, were taken on my smartphone.

Tulip Staircase – What’s In The Name

The Tulip Staircase got its name from the wrought iron flowers in its blue railing that look a bit like tulips. However, the flowers are now believed to be fleurs-de-lys, the stylised lilies that were the family emblem of Queen Henrietta.

The reference to tulips seems to have come from a simple error. A blacksmith responsible for repairing the iron balustrade in 1694, used the word ‘tulips’ in his notes – a reference that subsequently stuck. It should have probably been called The Lily Staircase.

One of the most striking features of the white staircase is the stunning blue of the ironwork. There was no stable blue pigment available when the staircase was originally painted, so ‘smalt’- which is made with powdered cobalt glass – was used instead. The ironwork of the Tulip Staircase has been restored in recent years, but great care was taken to reproduce the original smalt finish.

In addition to its beauty and architectural importance, the Tulip Staircase is also famous for the ‘ghost photo’ taken in 1966.

The photograph of the staircase was taken by the retired Canadian Reverend R.W. Hardy, who was visiting Queen’s House with his wife. Keen to take a photo that would highlight the beauty of the staircase, he made sure that there were no visitors using it at the time and it was completely empty.

Upon developing the film on his return to Canada, he found that his photograph seemed to show 2 or possibly 3 shrouded figures ascending the staircase. Experts say that the photo shows no signs of tampering… and the sighting remains a mystery to this day!

I didn’t see any ghosts when we visited and there were no strange figures in the pictures that I took, but who knows, maybe you’ll have better luck ;).

Queen’s House has undergone some changes over the years, with east and west bridge rooms added by Charles II in 1661. Later, it was used as a ‘grace and favor’ residence for artists and royal servants for most of the 18th century but gradually fell into disrepair.

In 1806 it became home to the Royal Naval Asylum – a residential school for the orphaned children of British seamen. At that time, new wings and covered walkways connecting the house to the other buildings were added. In 1933 the school moved to Suffolk and in 1934 Queen’s House was taken over by the National Maritime Museum.

The Queen’s House is a Grade I listed building and – since 1934 – has contained an art gallery. Recent exhibits have included works by Hogarth, Gainsborough, Reynolds and the van de Veldes.

The building was closed for conservation from 2015 to 2016 and now features a spectacular new gold-leaf ceiling fresco in the Great Hall. The work was carried out by Turner prize-winning artist Richard Wright. He was the first artist to work on this ceiling since 1639.

Other interesting elements to look out for at the Queen’s House include the ‘grotesque’ style painted ceiling of the Queen’s chamber and the original painted woodwork of the Great Hall. The beautifully laid 1630s black-and-white marble floor, overlooked by the first-floor gallery, is probably the most impressive feature of the house, after the Tulip Staircase.

TIP: Make sure to take a moment to enjoy the exceptional views from the windows of the upper floor. It’s a great place to appreciate the beautiful symmetry of the entire Greenwich site.

Queen’s House in Greenwich is open daily, including public holidays, from 10 am to 5 pm. Entry is free for all.

Some parts of the house (usually the Parlours, the Orangery, and the Great Hall) are closed to the general public at certain times. This is usually during the summer when they are used for weddings or other private functions.

If you want to appreciate everything that Queen’s House has to offer, it’s a good idea to call ahead and check that all areas are open. Here you can find opening times and more practical information for visiting the Queen’s House.

Staff working at the Queen’s House in Greenwich are knowledgeable and helpful, only too happy to discuss the history of the building itself and the art it contains. Do note that – unlike objects in other Royal Greenwich Museum sites – those in Queen’s House must not be touched.

There are wheelchair-accessible toilets and baby change facilities in the undercroft, at the base of the Tulip Staircase.

You can borrow a wheelchair to use during your visit, but these are in high demand so it’s a good idea to book ahead. All floors have lift access – but if you need level access to the building, then use the entrance to the house at the bottom of the external horseshoe stairs.

So, this is our guide to one of the most special and lesser-known places in London – the Queen’s House in Greenwich and its most spectacular feature – the Tulip Staircase.

If you find yourself in Greenwich, it’s really just a very small effort to visit the Queen’s House. It’s open daily, entrance is free, and it takes very little time.

TIP: Make sure not to miss the nearby Old Royal Naval College and the Painted Hall.

READ ALSO: Best Things to Do in Greenwich

More tips for your trip to London:

More tips for your trip to the UK: 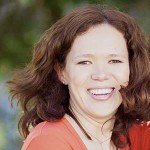